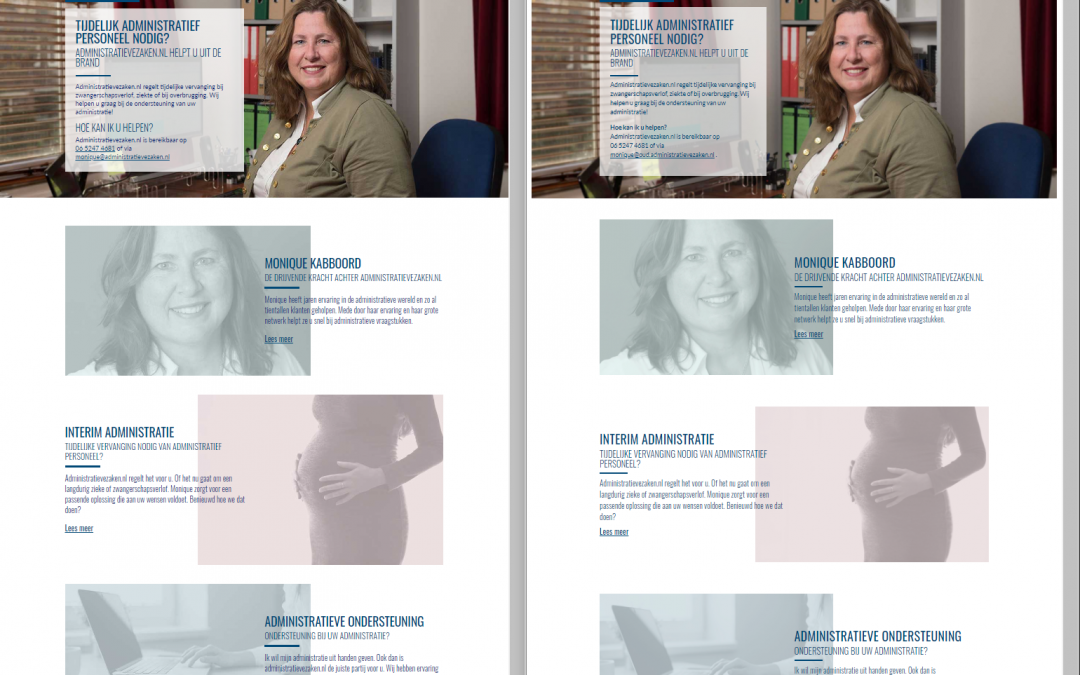 I recently did a remake of a custom theme + ACF site in Divi. The sites look 99% the same. (I now see a few padding differences that I could correct. Maybe later. The moved phone nr is intentional.)

My Divi remake on a new host was 4 times as fast and 2MB lighter than the custom theme on the original host (Pingdom Tools and GTMetrix gave similar results).

In the images above, both hosting and theme changed. I asked myself how Divi could be so much faster than a custom coded theme, no bloat, no bells & whistles.

So I also did a comparison on the same new hosting: The Divi site is still at least twice -sometimes even three times- as fast as the lean&mean custom programmed theme with totally static page layouts (the user could only edit text in fixed boxes or swap images – if she only knew how to create semi-transparent images…

Effect of hosting on Divi speed

Just changing hosts already gave a dramatic speed improvement. The old website on the existing situation compared with the very same website on my own hosting:

I can’t tell whether it’s the provider, the plan, the location or what exactly was the culprit. It’s cheaper for the client if I simply migrate the site to a better place than hours of diagnosing and trying to teach helpdesks.

Divi theme is not always to blame when having speed problems

So how is it possible that a Divi website is actually much faster than a lean&mean code optimized website, even on the same host? The answer is that the original site contained almost no code, which requires quite impressive skills but it missed two important things

Loading a website is not just pumping Bytes. When a server receives a request, it has to activate WordPress to find out what the pages is, what plugins/codes need to be accessed, what images to load. This takes some time. On busy servers or in case of minimal resources, this can take a lot of time. The server generates an html-file and streams it on-the-fly to the browser of a visitor. It does this for every page request of every visitor.

A cache plugin preserves the generated html-file and re-uses it for every page request. (It also has caveats when it comes to forms, blogs, dynamic pages, API-connections etc.)

The original site with added caching is faster than the Divi site. Twice as fast? No, 200ms faster. Image optimisation would make it even a bit faster.

I think the main factors are: quality hosting (35%), smart caching (35%), image tweaking (20%), theme (10%). You could argue “10%! That’s a lot” but once you’re in the range of approx. 1 second loading time, 10% is not something to worry about. I think that complaints about the speed of the Divi theme are mostly driven by lack of budget for proper hosting (attracted by Divi’s price setting) and lack of knowledge how a website works behind the screens (attracted by Divi’s user friendliness).

My rule of thumb

Divi will add 200ms. I’m planning another blog about how to decide whether Divi’s benefits outweigh the sacrifice or not. I wanted to elaborate here but there’s too much involved when evaluating the pros and cons prr project.